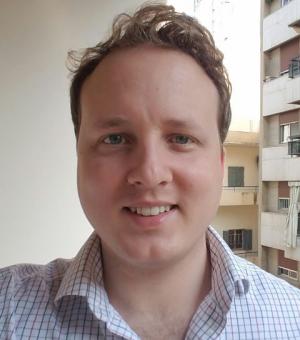 As a historian of 'religion' in the modern Middle East, my driving interest is in the ways that new discourses of 'religion' have transformed the institutional structures of Islam.  I currently hold a Marie Curie Research Fellowship awarded for a project entitled "Genealogies of Islamic Religious Leadership in Post-Ottoman States".  This project traces the rise of 'Grand Muftis' as a new model of official religious leadership in Middle Eastern states, focusing on case studies in Jordan and Palestine.  In contrast to traditional notions that Islam has no clergy or hierarchical institutions, several of the new states built on the ashes of the Ottoman Empire have created centralised religious institutions headed by Grand Muftis with wide-ranging powers over mosques, local imams and preachers, religious education and shari‘a courts.  My research explores a shifting paradigm of Muslim clerics from freelance scholars to bureaucratic officials and formal representatives of religion, showing how they have come to define what is religion and what is secular/non-religion in Muslim societies.  I propose that the study of institutional practices can provide a window into wider discursive change, one that allows us to move scholarship on categories of religion and the secular in Islam beyond its existing focus on elite intellectual discourse.

My doctoral thesis traced the construction of a cross-confessional class of religious leaders in Lebanon, and mapped out their roles in contesting sectarian identity production during the 1975-90 civil war.  I used a critical approach to 'religion' to challenge common preconceptions about 'religious' institutions as precursors and rivals of the modern nation-state.  That project was supported by a scholarship from the UK's Centre for the Advanced Study of the Arab World (CASAW), as well as research fellowships at Harvard's Center for Middle Eastern Studies, the American University of Beirut and Notre Dame University, Lebanon.

I have been a Lecturer in Islam and the Study of Religion at Oxford's Faculty of Theology & Religion since 2016, serving as a tutor at Pembroke College and now Mansfield College.  Before coming to Oxford, I held the ADF Postdoctoral Fellowship at Georgetown's Center for Contemporary Arab Studies and have also taught at Qatar University and the Middlebury Summer Arabic School.  I hold a BA in Theology & Religion and MA in Middle Eastern & Islamic Studies from the University of Durham.